skip to main | skip to sidebar

The story is this, in Japan shortly before a teenage girl comitted suicide, she drew this picture, scanned it and posted it online. In korea this story broke out and it spread like wildfire. There are various posts around in korean forums that say that the viewer gets drawn to the girls blue eyes, they say they can detect a hint of wraith and sadness within the eyes. Maybe the girl had died with so much sadness and anger that her spirit haunts the image, or maybe the image provoke sadness, similar to the song 'Gloomy Sunday'. 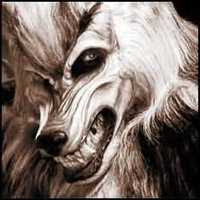